Our conference venue, the InterContinental Melbourne The Rialto, offers heritage and style in the heart of Melbourne. Located on legendary Collins Street in the heart of the Central Business District, InterContinental Melbourne The Rialto is one of the city's leading world-class hotels. Just a few steps away is the vibrant Southbank, the Yarra River, the ever changing Docklands, leading tourist attractions, exclusive shops and boutiques and some of the best restaurants this cosmopolitan city has to offer. Completed in 1891, the Rialto is as grand today as it was back then.The hotel is located in Melbourne’s legal and finance area at the foot of the Rialto Towers and is a 5 minute walk from Southern Cross Station.

We have organised discount accommodation rates for Breakpoint Conference participants, their partners or families. The special conference rate is $295 for a King Deluxe Room for one person. To make a booking, please visit the Intercontinental booking portal. 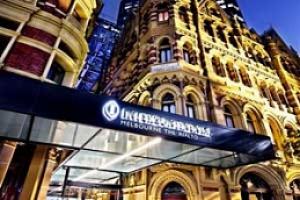 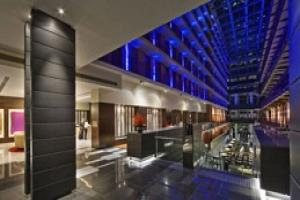 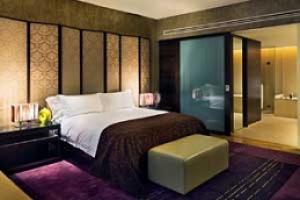 Getting to the Conference 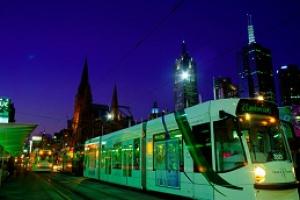 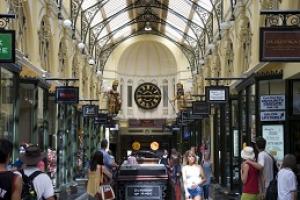 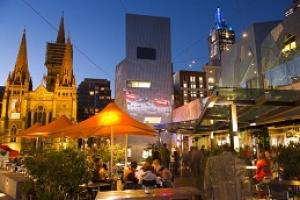 Millions of people choose to visit Melbourne each year and for very good reasons.

First, it’s one of Australia’s most exciting destinations. A large modern city with a rich heritage, it bustles and pumps with a unique fusion of culture, cuisine and beauty. It’s also Australia’s sporting capital and the heartland of the nation’s fashion industry. Melbourne has it all and that’s why visitors from all over the world flock to enjoy every one of its bits and pieces.

A lazy stroll around town will have you looking up and down and you’ll be enthralled by so many eye-catching elements. If it’s architecture you’re interested in, look up: the buildings form a rare collection of Gothic, Neo classical and Victorian styles. Look higher up and the tips of the breathtaking skyscrapers pierce the blue, blue skies.

At street level, a seemingly endless network of lanes and alleys bursts to life daily with hundreds of cafes, bars and coffee houses. Your food options are only limited by your taste buds. Every international cuisine is plated up with unparalleled excellence and the dining offerings keep the fussiest gastronome more than content. The food from all over the world is a reflection of the cosmopolitan nature of the city – it’s a true and proud expression of multiculturalism in a vibrant metropolis.

Late, late at night, the historic remaining alleys at the top end of town miraculously transform into a thumping nightspot with hundreds of bars and clubs pulsating till dawn.

If you’re after a more sedate pursuit during your time in Melbourne, just walk to the city’s perimeter and get lost in the magnificent gardens that surround the town in the clear springtime sunshine. Stroll north along the Yarra River and take in some of nature’s best or turn around and head south for yet another blast of culture and food at Southbank or Docklands. The options never stop.

Plan to spend some time here. If the famed shopping doesn’t get you in, the theatre district will be sure to have a top-line show playing. But museums might be your thing, or sport, maybe even a trip to the outlying mountains or wine regions of the Yarra Valley or Mornington Peninsula– they’re all close by.

Prepare to be impressed with what Melbourne has to offer. It’s not just any old city with a big convention centre it’s a must-see destination in its own right. 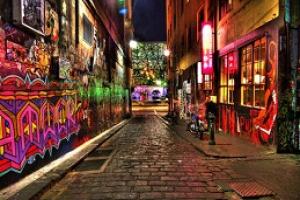 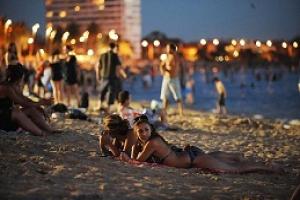 We suggest that you try to allow yourself at least a day in which to adjust to the time difference and relax after your flight before the conference.

Visitors seeking to attend or participate in a conference or event in Australia should, in most cases, apply for a short stay business visitor visa (subclass 456). You must apply for your visa early to ensure that details are confirmed prior to your departure for the conference. If you are a speaker and require an invitation letter for visa purposes please contact us at enquiries@ruxconbreakpoint.com.

Visitors holding an EU passport or from an Electronic AuthorityTravel (ETA) country are able to apply for a visa online. Further information can be found at the Immigration website

In Melbourne, mid-October is springtime and you can look forward to temperatures of approximately 22 Celsius (72 F) during the daytime, and 10 Celsius (50 F) in the evening.

The weather Melbourne Australia is famous for being unpredictable. It is said to have ‘four seasons in one day’! Although a day may start off cloudy or rainy, the sun and blue sky will most likely come through later in the day, illuminating the green parks, lush gardens and city buildings with a golden glow.

Currency exchange facilities are available in most banks, hotels and airports and operate normal business hours.

The most widely used credit cards are MasterCard, Visa, American Express and Diners Club and are accepted at most restaurants and shops. Some stores may have a minimum purchase policy for the use of credit cards or debit cards.

The state of Victoria has a daylight saving period, known as Eastern Daylight Time (EDT), which runs from the end of October through to the end of March.

English is the official language of the Breakpoint conference.

In Australia, business hours are most commonly 9:00 until 17:30, Monday to Friday, with a small variation either side. Places in the north of Australia sometimes open and close a little earlier. If trying to contact a business in another part of Australia, remember about time differences.

In Australia, the voltage for domestic use is 220-240 volts, AC 50Hz, with 3-pin power outlets. With the use of an adaptor, European appliances will work; however, US 110V appliances will also need a transformer. Univesal adapters may be purchased at the ariport and from newsagents, petrol stations, convenience stores, grocery stores, and tobacconists.

Tipping is not as widespread or regulated in Australia as it is in other parts of the world. Tipping is your choice as a reward for good service. It is customary to tip hotel porters (eg. $2.00) and a gratuity of about 10 per cent is usual in restaurants if good service is received. Tips for taxis are regarded as optional, however you may choose to round up to the nearest dollar or two if desired.

Please see the Destination Melbourne, Capital of Victoria page of this website, or go to:

Pre-paid mobile phone simcards may be purchased from newsagents, petrol stations, convenience stores, grocery stores, and tobacconists. To purchase a pre-paid sim card you will require a form of ID such as a drivers license or passport, and the sim card will cost around $15 - $30.

If you have an iPhone or Android smart phone, here are some useful apps for you to download to help you during your stay in Melbourne. Most of these apps can be downloaded for free.

Lonely Planet, Melbourne Guide - If you are going to be be based in Melbourne for a while and don't fancy hauling around yet another guide book, this app has a map that can be used offline as well as linked into the phones GPS system ('maps') so that you can find where you are. It also has phone numbers for all the bars, restaurants and places it lists.

TramTracker – (Free) - When linked to the phone's GPS you can locate a tram stop by linking to 'maps', browse the different tram routes and by inputting the trams number when you are on board look how long it will take to reach your stop.

The legal age for drinking alcohol in Australia is 18 years. You will be need to provide photo ID at venues where alcohol is served if you appear to be under 25 years of age.

Some restaurants hold a BYO permit, which allows customers to bring their own liquor and drink it on the premises.